VictorsPredict
LALIGA Atletico Madrid vs Real Valladolid: Simeone’s men find another side to their... 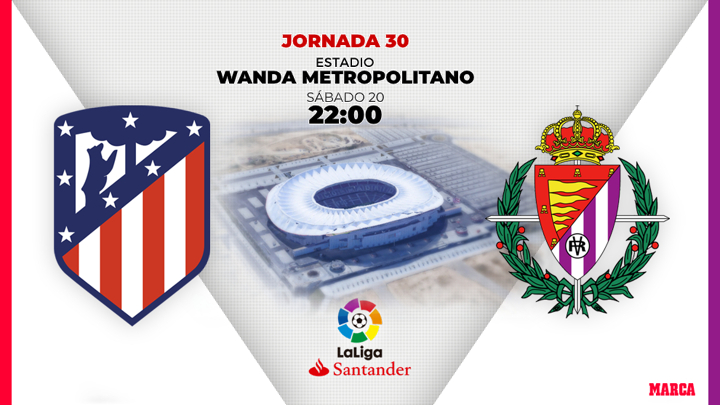 Real Valladolid are their guests at the Estadio Wanda Metropolitano on Saturday night and they’ll be hoping to avoid a similar fate to Osasuna earlier in the week.

After the doubts that surrounded their drab draw with Athletic Club in their first game back, Los Rojiblancos flexed their goalscoring muscle at El Sadar on Wednesday.

Diego Simeone’s side won a game by a five-goal margin for the first time in two years and kept a clean sheet too.

El Cholo boasts an impressive track record against Saturday’s opponents, beating Real Valladolid on six of his seven meetings as a coach.

The Atletico boss will be without a key player – the Estadio Wanda Metropolitano home crowd – but at least he’ll be able to field the likes of Diego Costa, Joao Felix and Koke.

Having started both games back so far, Saul could be one member of Simeone’s squad to get a rest, with Hector Herrera expected to keep his starting place in midfield.

Although Marcos Llorente is one of Atletico’s form players, he’s unlikely to start against Real Valladolid due to the form of Joao Felix in attack.

Real Valladolid could have a big say in the race for the Champions League places as they take on Getafe and Sevilla after their trip to Atletico.

Los Blanquivioletas have picked up a helpful four points from their first two games back as they look to secure survival sooner rather than later.