Bayern Munich starlet Alphonso Davies has caught the eye (just about!) once again after breaking the Bundesliga’s speed record.

The 19-year-old has been one of the breakthrough talents in the German top flight this season – and continued to impress in the Bavarian club’s win against Werder Bremen on Tuesday evening.

Davies started at left back as Bayern clinched their eighth consecutive league title, and clocked an impressive 22.7mph in one particular electric dash down the flank.

The sprint came in the first half of the clash, smashing the record and setting the highest benchmark since Opta began collecting data in the 2013-14 campaign.

The former Vancouver Whitecaps prodigy bettered the 22.67mph set by Borussia Dortmund’s Achraf Hakimi earlier this term – and, ironically, also impressed a host of football stars with his showing against Lucien Favre’s men on May 26.

Bayern’s 1-0 win then all but sealed their spot at the top of the standings, but Davies was forced into a heroic block to stop Erling Haaland from scoring. 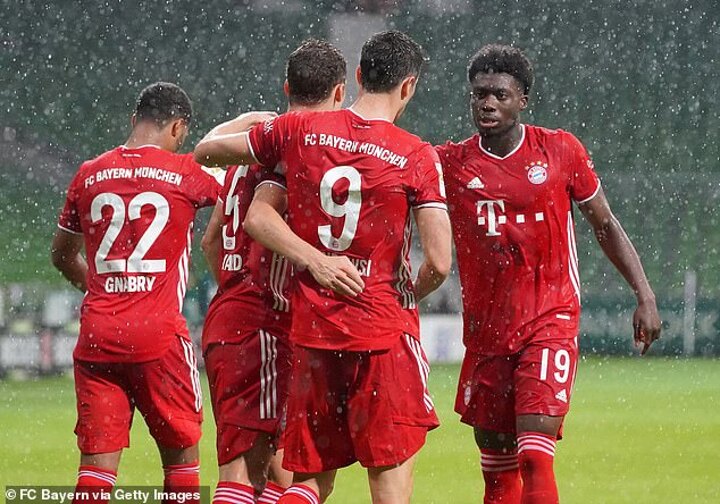 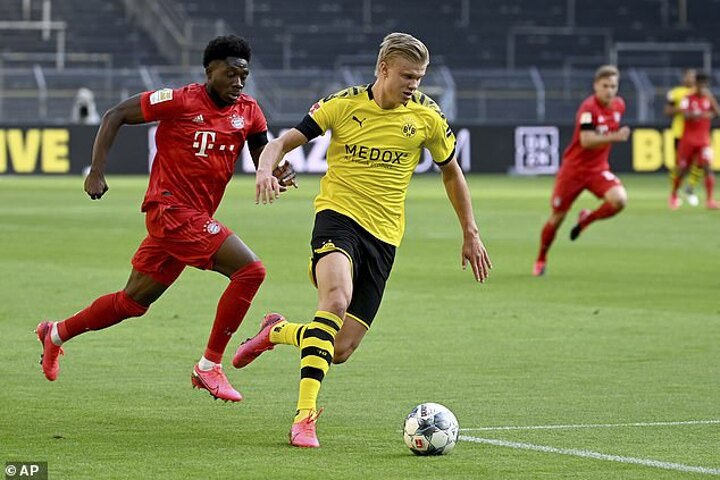 The Canada international blitzed into view to smother the strike, and Romelu Lukaku and Declan Rice later took to social media to show their appreciation.

Team-mate Thomas Muller had affectionately labelled Davies ‘the Road Runner’ after the game.

But Davies demonstrated his rawness in Bremen, having been sent off for two bookable offences for the first time in his senior carer.

His searing pace was unable to prevent him from being dismissed, and Bayern were forced to scrap for all three points during the final 10 minutes. 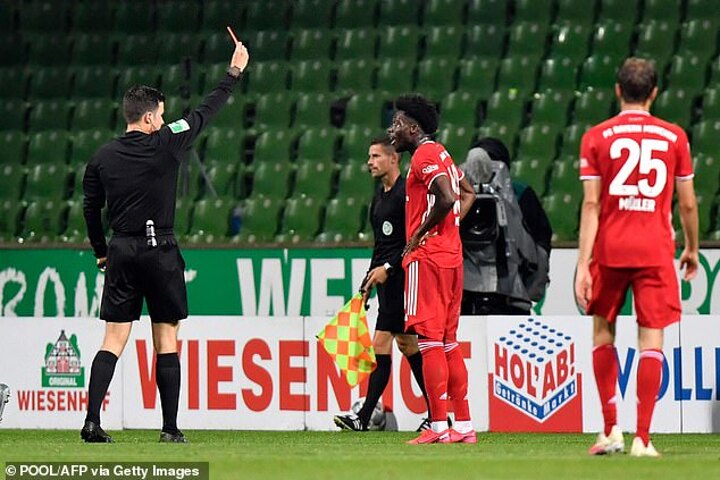 The highly-rated teenager joined the club in 2018 and has made 42 appearances in total.

He was forced to settle for just six cameos last season, however, but has featured in 36 games this year.

And with three goals to his name in total, Davies has unsurprisingly developed a sterling reputation already.